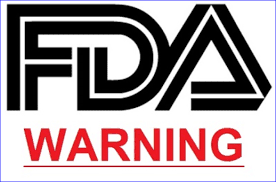 Today the FDA announced updated Black Box warnings and an updated patient medication guide for all Fluoroquinolone antibiotics. This follows on the heals of their May 12th, 2016, announcement to change prescribing guidelines; that Fluoroquinolones not be prescribed for sinusitis, bronchitis and uncomplicated UTIs.

This is another big step in helping to make the medical profession aware of the serious disabling and often permanent side affects of these medications. PLEASE don't ever take them unless it's a life or death situation and all other options have failed. It only took four 500 mg pills of ciprofloxacin to ruin my health. Don't let this happen to you or someone you love. There are much safer alternatives available. 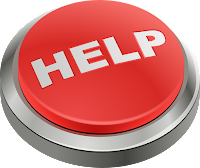 Desperate times call for desperate measures is another saying that I grew up hearing my mom say on occasion. I forget what she was referencing then but it’s funny how some things stay with us as the years pass by. It’s this feeling that drew me to purchase the book, Medical Medium by Anthony William about how to heal from mystery illness. We all know what a mystery floxing is so this book seemed interesting to me. Yes I was improving from floxing thanks to a supplement I’d begun last year but I never stop looking for ways to heal my body. So when I learned about this book from a couple other floxies I thought; why not? I’m doing better but what if I could help things along even more? I’ve learned through the years that sometimes thinking outside the box is necessary when all other options have failed. And even though I’d made progress I’m far from being healed.

So I bought the book as I’ve got plenty of time to read nowadays. I really had no idea what to expect but I found it intriguing right from the start and what he was saying seemed so incredibly logical. You see years ago when I was trying to describe what I was going through to my closest girlfriends I decided to email them about it. That way I could put into words what was going on and they could read and digest the information without interruption. When writing about floxing I compared it to having a flu that never ends. Just like flu symptoms fluctuate throughout the illness my symptoms continually changed too so it seemed to me to be a good analogy not to mention it sometimes felt like I had flu symptoms. Upon reading Anthony’s book about how to heal from chronic mystery illnesses he discusses how some powerful antibiotics can cause viral outbreaks. We’ve known for years that there’s a balance between bacteria and Candida in the body and antibiotic use can cause yeast overgrowth so why couldn’t the same thing happen with viruses? We also know that many people once they’ve had mono will test positive for the Epstein Barr virus (EBV) and I’ve talked to floxies who say they’ve tested positive for it. So why couldn’t an antibiotic allow for the same overgrowth with a virus that they do for Candida? I think they can and I also know how fluoroquinolone antibiotics can suppress the immune system.

I want to mention I’m not a scientist (although I’ve loved science my whole life) nor am I a medical professional of any kind. What I am is chronically ill which started after I took four pills of ciprofloxacin in 2007. Prior to this I was healthy, active and strong with no health problems besides allergies. I am however focused on trying to recover my health and I’ve been researching safer natural remedies for years. Reading this book was eye opening because it seemed to be common sense. It was a “lightbulb moment” for me so much so that I began a group on Facebook to discuss the concepts in the book for anyone interested. The group can be found here; Floxies for the Medical Medium

I started implementing some of the dietary recommendations back in March so it’s been about four months since I made adjustments that follow some of what Anthony recommends and while I’m not healed yet I continue to head in a positive direction. In the book he states that some illnesses might take a year or more to heal from so it’s not a quick fix but if you’re floxed like me then you already know there are no quick fixes for this. I can tell you that it’s helping me. For instance I’ve been taking one capsule of L lysine, an essential amino acid, daily for years because it’s important for collagen production, for vitamin B6 absorption and is an anti viral. So at the first sign of a cold I’d take it too. Well I learned from Anthony William that we can take up to 3,000 mgs daily and I was only taking 500 mgs. Last year I had a frozen shoulder that took me over 6 months to recover about 60-70% use but I still couldn’t sleep on it or even roll on that side for more than a second or two. And that was with a cortisone shot (8 ½ yrs out from floxing; I don’t recommend them within 6 yrs of floxing) and a few months of PT. Then this past March my other shoulder popped while sleeping on it and became frozen. It was so bad I had to wear a sling which is very difficult when using a walker! I had just begun increasing my L lysine from one capsule to 2 to 6 capsules daily and within one month had recovered 80-90%!! Here it is a few months later and both shoulders have improved to where I can sleep on either side for a period of time before it becomes a bit sore so I change positions. I believe the supplement I began using last year also played a significant role in my recovering so much quicker but feel Anthony’s protocol is helping me as well. The book discusses foods and supplements that help different health issues. Like me Anthony William is not a medical professional but he has a special gift and that gift has helped me. I invite you to read his book if you’d like and to join our Facebook discussion group as well.

Desperate times call for desperate measures and thinking outside the box. My journey to wellness is ongoing and has been a long one but I’m thankful because I’m so much better than I was a year ago. 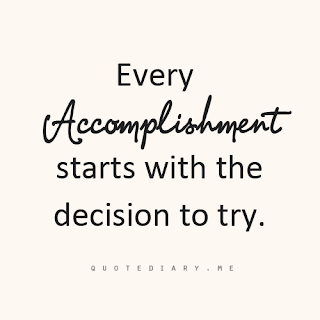 But some days it’s really difficult. Every day I wake up to the hope of a new day and the promise that it brings. Promises of hope for healing and moving forward with my health and my life. I never know what the day will bring for me however and it’s not always good. Today was a good day and it came after a long weekend of feeling good with reduced pain levels and more strength in my muscles than I had the week before. On these kinds of days before I go to sleep I thank the Lord and my angels for blessing me with a good day. People suffering from chronic illness will understand this and also know how quickly it can change. My long weekend of feeling good came after over a week of feeling poorly with increased pain and weakness. I’m not as bad as I was a year ago but I’m very in tune with my physical body, how it feels on a day to day basis, and I’d had a rough week.

When going through a bad spell I like to remind myself that this too shall pass. I remember that I’m doing better than I was a year ago and that my ups and downs keep trending overall in an upward pattern. That doesn’t mean that the bad days are easier to deal with. On the contrary they are as difficult as ever but I try to find something positive in each day and when I can’t I give it over to God. I find it helps me to do so. I’m a firm believer in doing whatever it is that helps you through the tough times so that you can enjoy the good. If that involves cuddling with a beloved pet, mindful meditation or talking to a friend please do whatever it is that helps you.

I tend to focus on the positives for my own peace of mind but I’m here to say I have tough days too. I’ve found being optimistic helps me be happier overall but I still have ups and downs like most of us suffering from FQAD. I try everyday to be positive but sometimes it’s really hard. On those days I just hang in there, try to think of something good, and wait for it to pass. It’s like waiting for a storm to pass only this storm comes from within. Into each life a little rain must fall is something my mother has said to me and she’s right. But I think we all live for those beautiful sunny days. May there be sunshine and healing in your future.

This too shall pass.