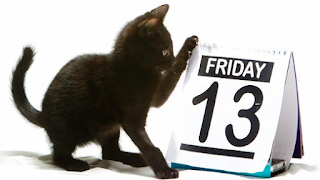 I first learned about the superstition behind Friday the 13th when I was a little girl. I remember coming home from school and telling my Dad that the following day was going to be bad and that I was frightened. He replied to me that it was just a superstition and that he believed each day was what you made of it. He told me that he’d always looked at Friday’s that fell on the 13th as good days and that your luck was what you made it to be. In other words it’s all a matter of perspective and that your outlook would determine the type of day you would have.

This simple conversation with my father changed my perspective and when the following day passed uneventfully and was actually a good day it changed how I came to view this superstitious day as well. From there on out I have always thought of Friday the 13th as a good day and I haven’t been disappointed. I have my dad to thank for that. His positive outlook created a positive feeling for me as well.

Sadly my dad passed away years ago but I think of him often and I miss his presence in my life. I also think it’s no coincidence that he passed away on a Friday that happened to also be the 13th of the month. I firmly believe it was his way of telling me that he’s okay and that everything happened as it should. For some losing their father on a Friday the 13th might confirm the superstition surrounding the day but for me it sends the opposite message. My father always believed it was a lucky day and I find solace in the fact that he passed peacefully at home with his wife and two daughters. It still hurts to have lost my Dad but I know he went the way he wanted to.

So I wish for all of you to have a good day. I know we are battling illness and pain but as my dad always told me each day is what you make of it. Keep fighting the good fight, find your strength, make your mess your message and never give up! People fighting chronic illness are some of the strongest and most compassionate people I’ve ever met. So remember on this “Friday the 13th” that you’ve got this today and every day.

Blessings and Healing for all of you,

Betsy
Posted by Betsy at 8:37 AM No comments: 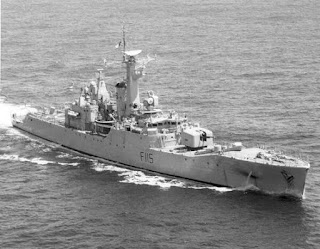 In February of 1944 a young British royal navy radar specialist aboard a Frigate was sailing the seas on a mission when his ship was torpedoed. The ship managed to limp into Newfoundland where those aboard thought it would be repaired. When the damage was assessed it was found to be so extensive as to be irreparable. It was a miracle the ship made it to port at all. This particular radar operator then found himself stationed in Boston for nine months while a new ship was built for the crew.

At the same time a young woman belonging to the Second Church in West Newton was working at the Watertown Arsenal. She was one of only four woman to be employed there by the federal government because she had the necessary credentials; a Master’s degree in library science. This church was an amalgamation of four religions including Congregationalist, Presbyterian, Methodist and Episcopalian and sent out newsletters to invite soldiers from other countries to the church for social meetings on the weekend. It was there that the young woman and British navy radar operator would meet.

This soldier in the royal navy would become my Uncle Charlie and the young woman is my mother’s sister; my Aunt Ruth. Aunt Ruth is 94 years old now and sadly my Uncle Charlie passed away many years ago. But this Christmas we had the pleasure of my Aunt’s company as she visited us from England where she has lived since the two met all those years ago. As she told us this story of my Uncle who was one of the kindest and most pleasant men I have ever known she told us another story too.

Uncle Charlie was in his radar tower, one of the highest points on the Frigate, amongst ice bergs when a huge wave washed over the ship. It swept my future Uncle overboard while his mates watched helplessly as there was nothing they could do to help. Then another wave came and washed him back onto the ship where his mates were able to rescue him. His ship mates said it was a miracle he survived. My family and I believe God had plans for him that included my Aunt. He would carry the scars of that incident on his back for the remainder of his life. As a younger woman I never knew any of this about my Uncle. I only knew that he was kind, happy, and fun to be around. His love of life was evident to everyone that ever met him.

Life presents adversity and challenges to everyone. Some challenges are more difficult than others to be sure. But it is those very same struggles that shape us into the people we ultimately become. It is how we handle adversity that shapes our lives. Being chronically ill is a significant challenge that floxies face on a day to day basis. The struggle is real and constant. Sometimes things happen that catch us off guard even when we think we finally have “it” under control that shake us up and remind us of how much we’ve lost physically. This happened to me on Christmas Eve when I picked a gift during our annual Yankee swap. A gift given with love that reminded me of physical things I’m no longer able to do.

As a girl I could never have imagined that my happy loveable Uncle survived being washed overboard and torpedoed. I was unaware that his back was scarred. As an adult with chronic illness I wonder if it was those very same experiences that gave him that zest for life that was so apparent to everyone that knew him and that brought tears to my Aunt’s eyes as she spoke with love of the man she married.

Life is full of challenges. It is how we handle them that determines our character. Chronic illness has interfered with my plans for my future as I can no longer do the things I once could. I’ve had to readjust my expectations and that is what I have done. I can still be present and enjoy life. I can still love those that I’m blessed to have in my life. I can still give back to others albeit in a different way. And I can honor my family with love and respect.

Your Friend in Adversity,

PS I hope you enjoyed the stories about my Uncle Charlie and Aunt Ruth; two very special people in my life. Even though they live far away from me they have always been close to my heart.

Second Church is also where my parents were married and here is a photo; 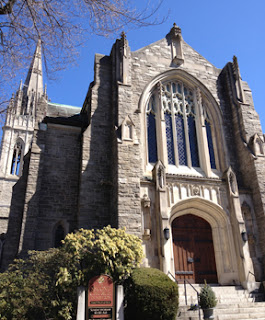