Before taking those four pills of Ciprofloxacin in 2007 when I had a health issue or injury I’d work through it. I’d exercise and strengthen the muscles to improve the affected area and eventually I would recover. An injury could take days or weeks to heal BUT it would heal and I would be back to my usual routine. Floxing is different in that complete healing doesn’t seem to happen at least for me. (This isn’t to say that you won’t heal as a number of floxies have but rather that it’s not my experience.) For instance I suffered a mild fracture to a vertebra as a child that wasn’t discovered until I was in my 20’s. As a normal (not floxed) this led to some lower back issues during pregnancy so I was a regular at the gym taking Pilates classes for core strength. I believed back then as many normals do that as long as I maintained a certain level of fitness I would be fine. Then I took Cipro. 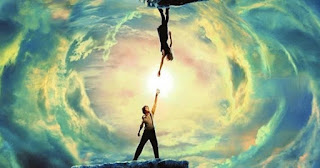 After my horrible reaction to Cipro my whole world changed. I was now a floxie. It was as though someone had flipped my world upside down. If you’ve seen the series Stranger Things then I was now living in the alternate universe. Everything looked the same (not dark and dreary like the TV show) but life as I knew it had changed. It took me a while to catch on to the changes but eventually I did. As I developed health issues and injuries post floxing I would try to address them as I had in the past often with undesirable results. You see I tried to push through the pain but instead of improving it became worse. I tried to strengthen the injured areas only to make them weaker because what I came to learn is that our mitochondria are affected by fluoroquinolone antibiotics and not in a good way. Mitochondria are the powerhouses of our cells, the energy producers if you will and when they are affected negatively they can’t do their job and everything comes crashing down. I would come to learn that I was damaged at the cellular level and eventually it led to fatigue so severe as to be indescribable to someone not suffering like me. This fatigue was one of dozens of issues but to describe it I would say that it felt like trying to move through a sea of cement and I was in up to my neck and sometimes over my head. I didn’t even need to do anything strenuous to feel that way.

Recovery time after activity of any kind also became a new experience in the upside down world of floxing and it still is to this day 11 years later. Before when I was a normal I would go to the gym, run errands, and do chores and the next day do it again. After Cipro exercise would leave me exhausted for days and sometimes it would be a week or more before I was able to attempt to try again. That heavy mind numbing, muscle aching fatigue just wouldn’t go away after exercise. No longer did a day or two of rest enable me to recover. I continued to slide further and further in strength. My son said to me at one point “I just don’t understand how you can go from being so strong to being so weak so fast”. My reply to him was “I don’t either.” Well after 11 years of this suffering and a lot of research I have a better understanding of it. I’m happy to say that I have improved from my worst with a clean diet rich in fruits and vegetables but am I healed? No I am not.

I know this post is a bit different from my usual posts of encouragement and keeping faith that you can and will get better (which I still strongly believe) but I feel it’s necessary because of posts in the support groups by floxies expressing pain and frustration when their loved ones don’t understand why they aren’t capable of doing more; why they aren’t getting better. A common theme in these posts is when the loved one says to the floxed person – if you’d just get up and do something or exercise you’ll get better.  The implication being that we’re not trying. I know these normals are well meaning but they couldn’t be more wrong. Our bodies are screaming at us to stop, and rest.  It’s sad but sometimes the people we love the most say hurtful things when what we need is their understanding. In their defense I say that until you experience floxing for yourself you can’t possibly begin to understand what we go through; the chronic unrelenting pain, muscles not working, arms/legs/hands/feet giving out, impaired central/autonomic/peripheral nervous systems, extreme digestive issues, and much more. However I need to say to those that don’t support us or say hurtful things to us; shame on you! Shame on you for acting like we can shrug off our health issues like it's an uncomfortable jacket. Shame on you for thinking that any one of us chooses this way of living! As a friend, family member or loved one of a floxie I ask you to please step back and remember who this floxed person was before they were poisoned. We were productive members of society with jobs, families, friends, hobbies, sports, and volunteering. I was a wife, mother, sister, daughter, aunt and I STILL AM just in a very different capacity. Instead of taking care of others I’m now the one who relies on people to take care of me.

There are no guarantees in this life. I thought I was doing everything right to live a long and healthy life. My one mistake was trust in my doctor to first do no harm. It’s not that he intentionally harmed me but rather the pharmaceutical industry has manipulated medicine for profit at a great cost to the individual. But getting back to Floxies and Normals I will tell you that this isn’t an “illness/injury” that one can just push through and get over. Our bodies have been poisoned because we trusted in the medical system. The floxies that I’ve met are trying desperately to heal from this toxicity where methods used by normals just don’t work. To the normals whose loved ones are floxed I ask you to please treat them with kindness and love. Our lives have changed drastically and that alone is extremely difficult so please be supportive as we try to find our way out of the upside down and make our way back into the world. We need what everyone needs (even normals!) and that is love and compassion as we mourn the loss of our healthy selves and try to make our way and live in our new reality that is floxing.

Thank you for listening to this floxie and God Bless all of you.
Betsy