I Didn't Ask for This 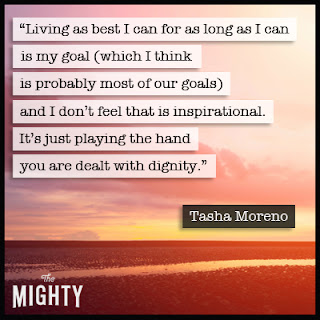 Something most everyone going through floxing or a mystery illness seems to encounter is the idea that the individual suffering is doing it for attention, their symptoms aren't real or it's all in their heads. This response from doctors and medical professionals who can’t pinpoint the cause is hurtful to the person suffering. Many floxies go through numerous tests only to be told that everything came back normal/negative. At this point when doctors become stumped without a diagnostic tool to rely on they often resort to the “it’s all in your head” diagnosis. For one who is living this I can tell you it’s not in my head and fortunately I've never been told it is. We are living in a time when mystery illnesses are becoming more prevalent. The cause of my illness is a medication specifically a fluoroquinolone (FQ) antibiotic. I believe many mystery illnesses are caused by medications or interactions of a combination of medications as well as toxins such as pesticides, insecticides, and adjuvants/excipients in some vaccines and more.

I’ve also met many people whose family members have been helpful at first but when the sick person doesn’t get better over time that sometimes changes. Thinking that if they only got up and did something they’d be fine. If only it were that easy for the person who is ill. I can tell you that this attitude from friends and loved ones is one of the most difficult things to deal with. It’s bad enough when our doctors dismiss us but when it’s someone we love the pain of that betrayal cuts deep. Fortunately not all of us living with chronic illness encounter this. But unfortunately many do. And for those of us living this we recognize that it's very hard on our family members too. We don't want to be a burden to those we love. Trust when I say we are doing the best we can.

As one who has been living with chronic illness for almost a decade I can assure you that none of us want this. What we want is to have our health and energy back. Fluoroquinolones damage tendons, ligaments, soft tissue and collagen throughout the body and then there’s the musculoskeletal system damage. I might look fine on the outside but what you can’t see is that my ankles don’t flex for me to safely walk down stairs. My hands which look normal tend to be like claws when I try to pick up items and/or hold my utensils to cut up food to eat. My joints pop and click when I walk sometimes buckling and giving out altogether. And then there’s the nerve and nervous system damage… the pain and suffering from which I could write about all day and only begin to touch on the subject. A quicker explanation is that there are few systems in the body that aren’t affected by fluoroquinolone toxicity and yet I look normal. I’m still basically the same athletic build that I was before I took those toxic pills and I still look young for my age (thank you Mom and Dad for those wonderful genes!). That being said one simply cannot see what’s going on inside at the cellular level.

The FDA in a 2013 document admitted that fluoroquinolones can cause mitochondrial damage. No one can see by looking at me that my mitchondria which are the powerhouses of our cells are damaged. They can’t see that my DNA has been altered as FQs are designed to alter DNA of bacterial cells to cause death. And the question of how FQs differentiate between bacteria and healthy cells remains.

The point of this is that some things just can’t be seen by the naked eye and they don't show up on diagnostic tests. That doesn’t mean they aren’t real. It doesn’t mean the person experiencing them isn’t suffering. Their symptoms and health issues are very real. I can tell you that these people would much rather have their health and energy back. I know for certain I would. I’d love to be the strong supportive mother and wife that I once was. I wish I could take care of my husband and children, and run the household like I used to do. Even more than that I wish I could go skiing with family and friends in the winter, and swim and sail in the summer or even just have the ability to go for a walk around the block on a nice day. I didn’t ask for this and I haven’t met anyone or any floxie that did either. We trusted our doctors and fluoroquinolone toxicity was the result. We didn’t want this the same way no one wants cancer, lupus, MS or any other disease. Rather we are doing the best we can to live with strength and dignity with the hand we were dealt. We are trying to regain our health as best we can, and to learn to live with our new “normal”. All we ask for in return is to have those we know and love to understand, and to continue to be supportive of us. As Ellen DeGeneres would say; "Be kind to one another".