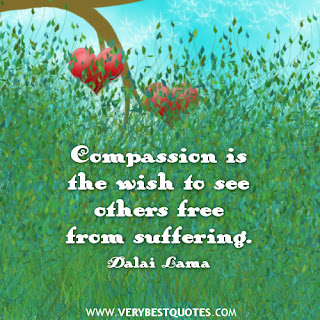 Over the years that I’ve been floxed and involved in the support groups I’ve met many different people that I’ve reached out to. Initially it was for help and then eventually to try to help others. That’s why I began this blog. It’s one of the ways I try to give back to the community that helped me many years ago when I was struggling and injured. Over the years the various reactions of other floxies have been much like the reactions of a wounded animal. Most are appreciative of the help, others are frightened and some lash out in anger and fear. Just like the rescuers of a wild animal I recognize that those who lash out are angry, frightened, and lack understanding of what the “rescuer” is trying to do. These are the people that often need help the most and yet they tend to push the very help they need away.

As a floxie and one who lives with chronic issues I’ve found those who push us away often need a compassionate response. I’ve found when they lash out my knee jerk reaction is a defensive one. However I take a breath and respond to them with the knowledge that they are in pain, suffering, angry, and frightened. In doing so I can calmly let them know that I don’t deserve to be treated poorly, was only trying to help them, and then I wish them healing fully prepared to distance myself if only for self preservation. But what I’ve found is that same person that lashed out at me will often step back, realize what they’ve done and apologize for it.

It’s important to mention that when someone does lash out it hurts. No matter how far out from floxing and the amount of recovery one experiences. From the perspective of a long time floxie who’s come to terms with what’s happened to them it’s still upsetting when you try to help someone and they take out their anger on you. So I’m not telling anyone to put up with being treated badly. I’m merely suggesting that you try to understand where they are coming from and respond with compassion. I’m also saying that for those that behave like a wounded animal and lash out please remember that those you strike out at are sick too. Please put yourself in the other person’s shoes for a minute. Ask yourself if you’d like to receive the message you’re about to send before you send it. If you feel it’s harsh then stop. Don’t send it. Tone it down and remember that the recipient deserves to be treated with compassion. We all do.

Yours in Health and Compassion,